While Marvel’s movies have been near-universal home runs, their TV shows have been far more hit-or-miss. The gold standard so far would be Netflix’s “Daredevil.” And now, it seems the superhero has met his most terrible foe: cancellation. 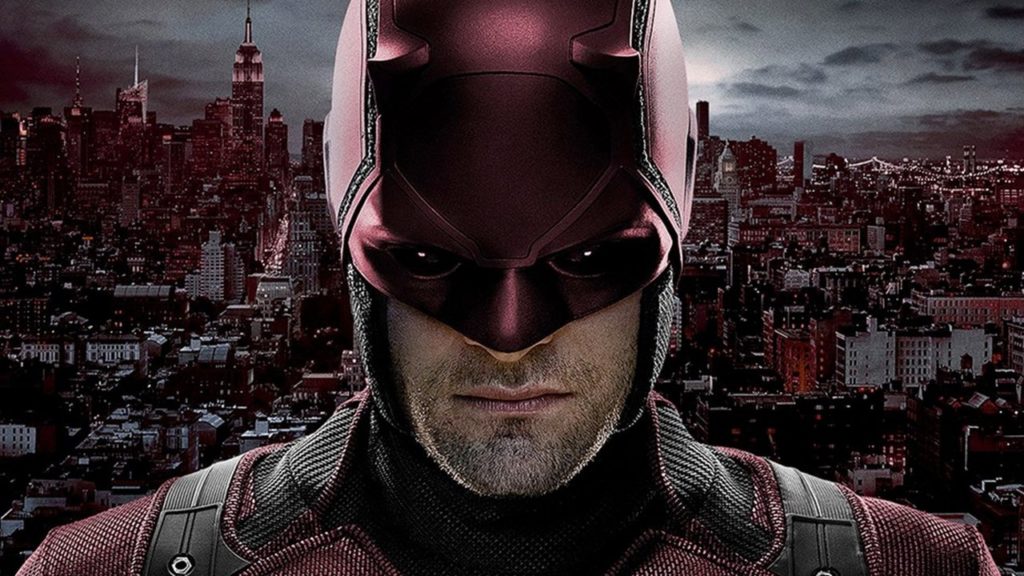 What’s really weird is that “Daredevil’s” team had no idea this was coming.  Expecting bigger things to come, they even planted a tip to the MCU in the most recent season. Check out this tweet from the show’s executive producer:

Man, so weird to be in the Daredevil writers room today, getting the news that we’re cancelled. On the walls were an entire season 4 laid out – and it was so f***g cool. So many moments we wanted the fans to see… Sigh, this business.

It seems like the creative team was (pardon the pun) blindsided here. Because Netflix doesn’t release viewership numbers, we don’t know how many people watched “Daredevil.” But anecdotally, we heard far more praise for the show than for many of its Marvel counterparts. Great casting played a role: Charlie Cox, Vincent D’Onofrio, and Deborah Ann Woll were just some of the solid ensemble that kept us glued to Hell’s Kitchen.

Along with great acting, “Daredevil” offered incredible fight choreography. This scene from Season 1 was frequently shared as the oh-my-god-you-have-to-see-this clip that drew many to the show.

“Daredevil” also deserves praise for being one of the rare superhero shows to depict semi-realistic pain for its hero. This io9 essay goes into great detail about why we loved the movie heroes of the 1980s – they all got beat up. Now, it’s unlikely you see the hero suffer (or even bleed) in an action movie. “Daredevil” wisely showed the physical toll of spending your nights battling bad guys. That stuff hurts, and the pain lingers. Hurting your hero is the quickest way to gain an audience’s empathy.

What is Netflix doing?

So why would Netflix kill off one of its most acclaimed shows while ambushing the creative team with the news?

Most likely, this is a preemptive move because of Disney’s upcoming video streaming platform. Disney owns the right to nearly all of the Marvel properties except those airing on Netflix. When Netflix canceled “Iron Fist,” it wasn’t too much of a surprise because of that show’s generally poor reception. “Luke Cage” also got the ax. With “Daredevil,” it seems we’ve got a domino chain that will end up claiming “Jessica Jones” and “The Punisher,” too.

Our guess is that Netflix didn’t want to cancel “Daredevil,” but its hand was likely forced by some kind of impending legal battle. Perhaps it was better to end after a highly regarded third season as opposed to fighting Mickey’s lawyers down the line.

We don’t know if Disney will resurrect the same team for its streaming service when it launches next year. (That would set up a strange scenario where Disney might pay Netflix to share the first three seasons for Disney+, or some kind of soft reboot where no one talks about the old storylines.)

I’m so sad that we won’t be continuing this story. Mostly I’ll miss seeing the friends I’ve made everyday. Thank you to every person who contributed to this series over the years. And to @erikoleson because of you we are going out on a high. @Daredevil #Daredevil pic.twitter.com/aVmXu1UwFu

When Netflix began, lots of companies lined up to share their catalogs. The ability to stream old episodes even helped “Breaking Bad” grow its audience every year. The power of the streaming platform became so huge, those companies soon pulled their properties off Netflix to try to monetize them elsewhere.

The result is that Netflix has largely abandoned existing properties to start creating their own. Some estimates suggest Netflix will spend $13 billion on original programming this year alone. (For the record, that amount would be enough to make “Avengers: Infinity War” about 32 times.)

What’s troubling for Netflix, however, is that more than 80% of Netflix streams are for non-Netflix shows like “The Office” or “Shameless.” And 42% of Netflix subscribers watch little or no Netflix originals. Uh-oh.

For Disney’s big streaming leap, they threw down more than $52 billion to buy up Fox, which gets them the rights to the X-Men franchise, “The Simpsons,” and more. Disney is planning its own superhero shows featuring Loki and Scarlet Witch. Disney will have a huge advantage with its library of well-known properties, while Netflix has the edge with existing subscribers and infrastructure, even if they struggle with a fairly abysmal batting average on new series.

It looks like “Daredevil” was simply an innocent bystander in this battle of media titans. When you’re talking about multi-billion dollar media deals, the Kingpins of the world have an unbeatable edge over scrappy blind lawyers from Hell’s Kitchen.