It has been on the cards for a while now, but it seems as though the single biggest  existential threat to streaming services like Netflix is officially on the horizon. In a recent earnings call at Disney, CEO Bob Iger had some very interesting news to report about Disney’s long-rumored streaming service. 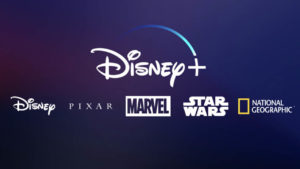 Disney first announced back in the summer of 2017 that it would be launching its very own streaming service to rival  Netflix. Since then, however, news on the service itself has been slow. The only real info we knew was that Disney will be pulling its movies from other streaming services. This includes all Disney and Pixar movies but also films and TV shows from the Star Wars and Marvel cinematic universes.

If you’re a Marvel fan who subscribes to Netflix, you’ll be sad to know that “Ant-Man and The Wasp” will be the final movie coming to the streaming service. Other draws to the new Disney+ service will be the “Captain Marvel” movie coming next year and the eagerly awaited finale to “Avengers: Infinity War,” which still doesn’t have a title. For the binge watchers out there, there is also an upcoming live-action Marvel series that will see Tom Hiddleston back on screen as the god of mischief, Loki.

The other major Disney property that Netflix is losing out on is, of course, “Star Wars.” Although Disney put a halt on its series of standalone “Star Wars” character movies after the mild box office response to “Solo,” it has been pushing ahead with the production of new TV shows based in the “Star Wars” universe.

Jon Favreau is currently deep into production of “The Mandalorian,” a show named after a character somehow related to the infamous bounty hunter, Boba Fett, and Diego Luna is set to reprise his role as Cassian Andor in a series following his exploits pre-Rogue One. Both series will now be Disney+ exclusives.

Diego Luna will reprise the role of Cassian Andor in a new Star Wars live-action series for Disney+. https://t.co/3eTfkxLEai pic.twitter.com/k7ZYgyAQTf

There is no news yet about pricing of the Disney+ service but you can sign up here to receive updates from Disney.

In worse news for Netflix, Disney is also planning a huge expansion of Hulu.
Disney owns 60 percent of Hulu, thanks to its acquisition of 21st Century Fox. In the same call mentioned above, Iger talked about pumping more money into Hulu’s content production budget, which is currently less than half that of Netflix, and possibly looking at making prices more competitive as Disney considers an international expansion of the service.

There is no doubt that Netflix has quickly established itself as the king of all the streaming services. It currently spends about $8 billion a year on creating Netflix exclusive shows and movies and many have gone on to become both fan favorites and critical darlings. With Disney coming at it from two different directions, however, Netflix is going to be put under some serious strain in 2019. This could get interesting.

Commercials could be coming to Netflix sooner than we thought